Paul said: I had a wonderful time in Frankfurt - it was so nice to be back with the students... and they really appreciated me being there to teach the material. I taught a solo of Kristina’s from construct. They will perform the solo in February during the Wintertanzprojekt in the Hochschule and the Gallus Theatre in Frankfurt. 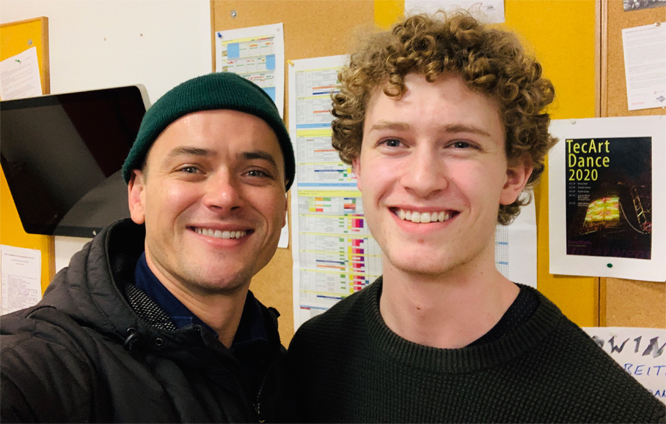