The inspiration for  „O“ is eternity, and how attaining it is humanity’s ultimate goal. As in the summer of 2017 in Hongkong for the very first time two humanoid robots vocally interacted with one another it became clear, to whoever was watching, that a future, in which accumulated human knowledge is passed on by communicating inorganic material, is within reach. Therefore „O“ can be seen as two human beings or two robots celebrating in a state of transcendence and emotional fulfilment, both moving to the never-ending beat of their unstoppable hearts.

Kratz has choreographed smaller works such as the pas de deux „Lettres d’amour“ (2012), the relationship between Jean-Paul Sartre and Simone de Beauvoir, and the meditation on happiness „SPRING“ (2013 ), which passed into the repertoire of the company. His work „SENTieri“ gave him a presentation as a choreographer-newcomer in the magazine TANZ in December 2014. In November 2015 he presented his first two works commissioned by Aterballetto: the Pas de deux „#hybrid“ and „L’eco dell’acqua“, a piece for the entire company about Goethe’s „Song of the Spirits over the Waters“. Both pieces were shown at Aterballetto on his European, Asian and South American tours. 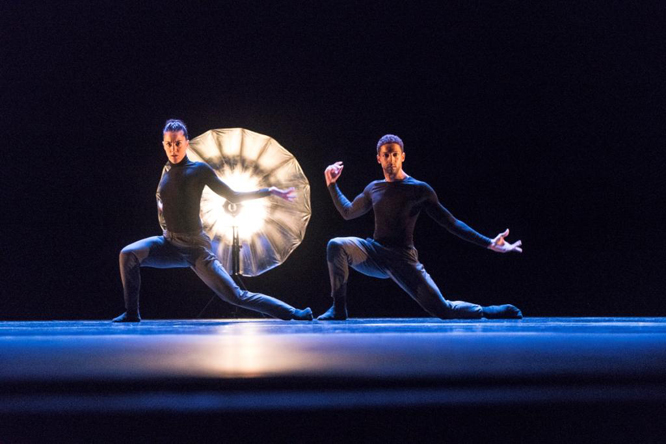