We would like to give you a personal update from our Tanja Liedtke Fellowship winners – Antony Hamilton, Katarzyna Sitarz, Joseph Simons and Gabrielle Nankivell.

Looking back, we started the Fellowship program with the aim to be able to offer challenging and inspiring creative development opportunities for young artists and we are thrilled to see the impact that the Fellowship has had on our Fellows, and their capacity to take their experiences forward into the next stages of their career.

In October applications will be open for the fifth Fellowship which will offer an extended residency in Berlin. Watch this space for details. 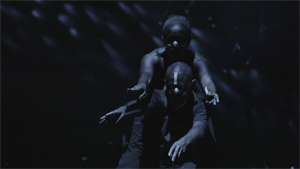 Seven years ago, I was the extremely fortunate inaugural recipient of the Tanja Liedtke Fellowship, an initiative of the Tanja Liedtke Foundation which was established in 2008. I say extremely fortunate, on reflection, because at the time I can admit that I might have had modest expectations of what the Fellowship might foster in my career and life. As an artist and dreamer, and one who lives very much in the moment, I had not deeply considered the long term ramifications the ambitious program of activities that the Fellowship afforded me.

I certainly felt honoured and hoped to use the opportunity to expand my horizons and build new networks in Europe, given that a major part of the Fellowship was a residency period in Berlin with the acclaimed Sasha Waltz & Guests company who are based at Radialsystem V, one of Berlin’s major contemporary arts centres.

I can humbly say that I was naive to the potential of the Fellowship, however from where I stand today I can attest that it has surely been the single most important catalyst in my dream of having a serious career as a choreographer and contemporary artist. It has allowed me to springboard into the international arts scene as one of the most successful Australian choreographers in recent years to develop a profile, tour works and create commissions for major international dance companies. I owe much of this, to the Fellowship, and this is the reason why.

The Fellowship encouraged a bold, courageous and daring approach to artistic outcomes. It held high expectations for me to maximise the Fellowship program elements, and deliver something visionary. During my residency, I undertook the first stage development of my now critically acclaimed work Black Project 1. Many agree that this work broke new ground. It was the first piece I made that really gained serious attention. Black Project 1 did this through it’s uniquely Australian aesthetic and conceptual underpinnings, stamping an Australian signature of a new generation of creators in Europe and Asia.

The work has now toured parts of Australia, as well as The Netherlands, Sweden, Taipei, Germany and Hungary. Black Project 1 allowed me to develop my position as an artist of merit, and created much interest across Europe, Asia, North and South America. I have continued to capitalise on this. The residency at Radialsystem V was also the foundation for a close knit and ongoing creative relationship with choreographer and performer Melanie Lane, who as a Berlin based artist, worked with me on the first stage development of Black Project 1. I can honestly say that this residency alone has been the genesis of one of my most important collaborative relationships, and has spawned many other creative endeavours which we have worked on together and separately – Drift, Sentinel and RUTH, Melanie’s work MERGE and this year, Number Of The Machine.

Being on the ground in Berlin, working, developing creative material, sharing it with a new community that had far reaching connections- all these elements played a critical role in establishing my place amongst some of the most successful artists in Australia and allowed me to become recognised abroad, and literally build a career out of single venture.

Last year Black Project 1 played perhaps it’s final two seasons, in Hungary and back in Germany, where it all began. This year I will touring my recent work MEETING to many destinations across Europe and North America, and I have recently completed a new work for Swedish dance company Skanes Dansteater. With these endeavours, I carry the rewards of the Fellowship and the memory of Tanja with me. I am extremely grateful for the opportunity that the Fellowship gave me.

For more updates on Antony’s work: 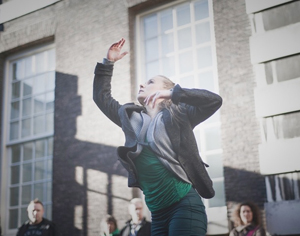 My experience in Australia as the 2011Tanja Liedtke Fellow was a unique experience which has strongly influenced my view on life, the world and the art of collaboration. In the last five years, it has impacted my focus, field of work and research, my collaborative experiments and creations where sharing artistic responsibility, building a dialog, influencing and inspiring one another has been essential to growing grow something new.

My concept of HOME project, that I initiated during the Fellowship, has now greatly expanded and framed a very rich journey: traversing continents, engaging with local communities, developing and presenting my own work, collaborating, undertaking multidisciplinary projects, creations for stages, public spaces, natural sites, museums, private rooms and cameras.

After my time in Australia I joined the crew of 17th ASEF University (Asian European Foundation) in Penang, Malaysia to engage in a discourse and create an exhibition about intangible shared heritage. In 2012 I was invited by OMI International Dance Collective in Ghent, to participate in a collaborative residency and in 2013 I took part in SMASH – an Intensive Program of Experimental Physical Performance in Berlin.

I am a co-founder of an independent Amsterdam based collective Area59, which forms a platform for artistic exchange, collaboration and experimental performative training.

My fellowship in Australia was all about collaboration – with local artists from different genres as well as well established choreographer Lucy Guerin, thus deepening my own understanding of collaboration while placing myself in a different cultural context.

At this moment I’m in the process of developing new solo work, produced by Stary Browar/ Art Stations Foundation in Poznań, Poland that will be premiered in December 2016.

2013 Tanja Liedtke Fellow – Joseph Simons “Winning the Tanja Liedtke Fellowship in 2013 was a significant turning point for me. That sounds melodramatic – but looking at the sequence of events, it’s actually quite true. It was the beginning of a transformation of my career from company dancer to individual theatre-maker and performer. First Things First, the solo I began developing with the Ufer Studios residency in Berlin, has become a full-length work that has been performed in New York, Singapore and on a three month, 26-venue tour around Australia. First Things First has also gained me an international manager, who now promotes my work worldwide. It took the trust and generosity of Gerlinde and Kurt Liedtke, and the Tanka Liedtke Foundation to set me on this path. Their belief in me has been unwavering, even when I considered myself to be a bit of a wild card in the application process. It is with great pride I have the Liedtke name in my bio, and I’m particularly proud to be involved in a show that began with the Tanja Liedtke Fellowship, and continues to tour three years after it’s creation. Now, I’m in the very early stages of creating another one-man show, while exciting international opportunities are in the pipeline for First Things First. I continue to work as an actor, director, physical theatre performer, guest dancer and dramaturg for a range of different companies and projects”. Joseph Simons, 2016.

2015 Tanja Liedtke Fellow – Gabrielle Nankivell. „Being awarded the Tanja Liedtke Fellowship in 2015 offered me the time and breathing space to investigate a completely different line of choreographic research within my practice. Discoveries and questions that arose during my time in Berlin at ada Studios continue to permeate my work. I’m intrigued by the impact of our lived history on both our imagination and our experience of time. Contextually this ties ideas of the body as a document and the artist/audience as documentarian. The Fellowship provided the platform for me to explore my history with Berlin and to reconnect, through practice, with artists Raul Maia and Laurie Young. It also put down the roots of Ghosts of Berlin, a performance project I plan to return to in the near future. 2016 is unfolding as a creatively intriguing and hugely generative year! I’m lucky to be working in a number of different roles with some great artists across quite varied projects. Performances that hit the stage this year include new works for Tasdance, Frontier Danceland Singapore and the Hong Kong Academy of Performing Arts. Wildebeest (2014) will also get to stretch its legs again as part of Sydney Dance Company’s Untamed double bill in October. Girl Asleep, an Australian feature film I worked on as choreographer/movement director, opens nationally this month. Also on the worktable is a two-part research lab and creative development in Adelaide for my new work Split Second Heroes. So far this year I’ve also had the pleasure performing with The Farm at Bleach* Festival and Victoria Chiu in the development of her new work in Shanghai”. Gabrielle Nankivell, 2016.