Take a behind the scenes look at Gabrielle Nankivell’s Ghosts of Berlin.
With film documentation, both in studio and in situ in Berlin, as well as descriptions and thoughts illustrating the processes, Gabrielle takes us on a tour of her creative journey. 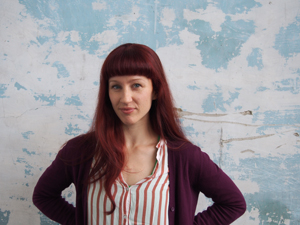 Gerlinde Liedtke, chair of the Board of Trustees said, ”We are delighted to award the 2015 Tanja Liedtke Fellowship to Gabrielle. She is a remarkable artist – unafraid of challenge, totally committed to finding new levels of excellence in her craft and at the same time very generous and respectful in the way she collaborates with other artists”.